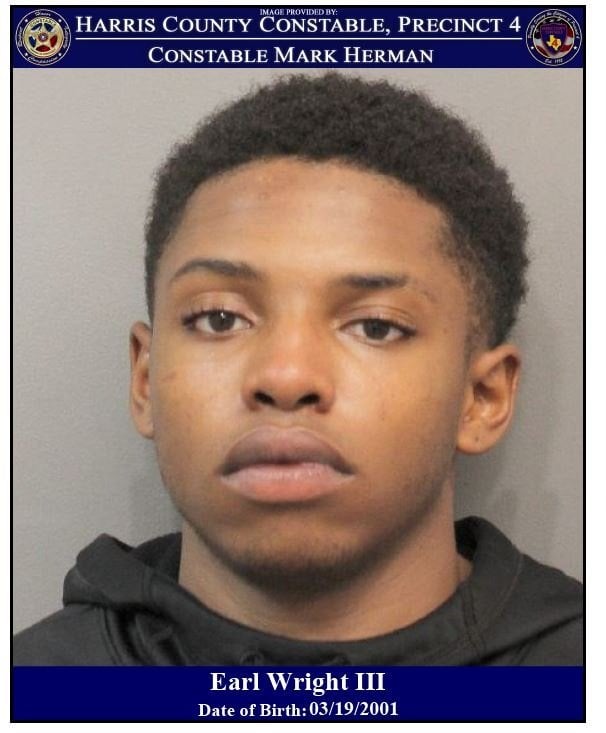 On November 14, 2020, a deputy with Constable Mark Herman's Office initiated a traffic stop on a vehicle in the 6700 block of Atascocita Road. The driver refused to stop, leading deputies on a brief pursuit. The vehicle came to a stop in the 18200 block of Wren Dale Lane and the driver fled on foot. Deputies gave chase and he was quickly apprehended and identified as Earl Wright III. Further investigation revealed that he had an open warrant for military desertion. "Earl Wright III was arrested and booked into the Harris County Jail for his open warrant and charged with Evading in a Motor Vehicle. His bond was set at $5,000.00 out of the 180th District Court." - Constable Mark Herman
Reply
* Reactions disabled on political threads.
What are your thoughts? Log in or sign up to comment Log in » Sign up »

So this was all the hoopla from the other night with the helicopter etc? Dumb guy.
Reply
* Reactions disabled on political threads.

I've seen this guy in about 10 years. He's that guy being "thanked for his service" on Facebook, at work, and at church cause he's bragged to everybody about his 18-month career. Anybody that asks any light probing questions about the nature or character of that service are dismissed as racists.
Reply
* Reactions disabled on political threads.

prolly just earned 30 days in the brig and a bcd. Life will go on.
Reply
* Reactions disabled on political threads.
This discussion has been locked.
« Back to Main Page
Views: 613