~ 1 week, 2 days ago   May 19 2020, 9:08am
PanhandlersPulled this off of the neighbor site - wish they could eliminate it at WLHP & 1960 -On Thursday, May 14, 2020, at approx. 12:55 pm, while on Patrol, officers from the Houston Police Department's Kingwood Division DRT and Bike Unit initiated an investigation involving panhandlers at Kingwood Dr. and W. Lake Houston Pkwy. Officers observed the panhandlers walking and the standing in the roadway while panhandling. While conducting the investigation, officers found Michica Mitchell to have a felony warrant for robbery and a misdemeanor warrant for theft. Michica was arrested and booked on the warrants. The other panhandlers with the suspect were cited for various violations involving panhandling.
Reply
What are your thoughts? Log in or sign up to comment Log in » Sign up »

~ 1 week, 2 days ago   May 19 2020, 1:27pm
To all of the people who have come on here previously to defend the beggars and homeless people around here, this is exactly why the rest of us have issues with these people being around our neighborhoods and children.

~ 1 week, 2 days ago   May 19 2020, 1:53pm
Panhandlers do make me uncomfortable, especially when they approach me in the parking lot or at the gas pump. I remember a lady cursed me out for being a smart *** in the Kroger parking lot on Will Clayton and Atascocita. All I did was say, "I only use credit cards". 🤷‍♂️
Reply

~ 1 week, 2 days ago   May 19 2020, 2:43pm
I love The Panhandlers! Seriously, if you're into Texas Country or from West Texas or the Panhandle you should check them out. Nothing like the crap on the radio. 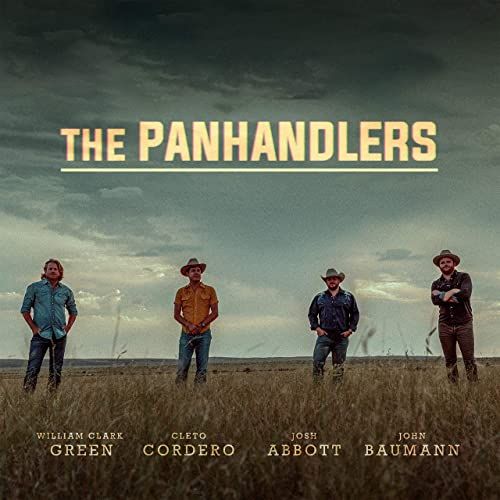 ~ 1 week, 2 days ago   May 19 2020, 2:52pm
I had one come by the other day while me and the FIL were stopped with the hood open trying to find where the glycol smell was coming from.fil told him we had problems of our own and he got testy . I mean come on, come up with a better scam than help me get some gas or help me get to baytown. Heard that **** before
Reply

~ 1 week, 2 days ago   May 19 2020, 3:59pm
*Edited
hahaaa you guys are lame. Panhandlers are the coolest and most entertaining people in the inner city. Especially when youre in downtown or midtown and you want someone to save a parking spot for you! 🤣my lady always squeezes my hand tighter and trys to pull me away. Then she makes a scene in the car like "STOP TALKING TO FkING CRACKHEADS!! "
WHY DO YOU LOVE TALKING TO PEOPLE SO MUCH (shes from NY)
Reply

~ 1 week, 2 days ago   May 19 2020, 4:37pm
*Edited
@Floyd : John Bauman is an amazing songwriter and has roots in Houston as well as the panhandle, Cleto is the lead singer of Flatland Cavalry probably the best Red Dirt/Texas Country currently out there now that Turnpike Troubadours are done.
Reply

~ 1 week, 2 days ago   May 19 2020, 5:36pm
I agree that they are a bit disconcerting, particularly when they look like fully grown, healthy young men that could get a job. I can easily ignore those that walk up to my car at a light and stare in; I just smile and shake my head, no. But I will tell you that I have given food and self-cleaning items to some that frequent the area around where I work. A few of them appear to have mental issues just from the pattern of their walking and expressions. I won't give money but I am glad to guide them to a shelter if they need one.I've been approached at gas stations more times than I care to remember; it always scares the crap out of me because they seem to come out of nowhere. There is one time, however, that I was in the Pearland area and a young man approached me directly and slowly and asked me if I could help him out as he needed to get back home to xyz. Due to his mannerisms and the fact that he didn't behave as if I owed him something, I said, "I may be able to help you but you have to be honest with me and allow me to ask you a few things." At first, he looked like I'd bopped him on the head. But when I just stood there waiting, he said, "Ok, I need money to get back home because I blew it on beer this weekend." I said, "If you knew you needed to get back home, why didn't you keep enough back for gas?" He said, "Because I'm stupid". I laughed. He laughed. And I put $5 of gas in his car. And told him to not be stupid and to remember me next time he has the urge to be stupid. He thanked me profusely and said I reminded him of his Mom because that was something she would have said. I was good with all that.
Reply
12»
Post a comment »