Council Member Martin is most thrilled about the award of a Hazard Mitigation Grant through the Hazard Mitigation Grant Program (HMGP) in the amount of $47,170,953 for the City of Houston Lake Houston Dam Spillway Improvement Project (Federal Share $35,378,214.75, Non-Federal Share $11,792,738.25). This award is pursuant to the Robert T. Stafford Disaster Relief and Emergency Assistance Act, Section 404, and 44 CFR Part 206.434.Congressman Crenshaw announced to Council Member Martin:
"Today FEMA approved nearly $3.3 million for Phase 1 of the gates at the Lake Houston Dam. These gates will increase the flow out of Lake Houston significantly. This money will ensure that the final design will not impact downstream residents and will provide the anticipated relief to the Lake Houston area. Increasing the conveyance will have positive impacts for the entire San Jacinto watershed including the East Fork and the West Fork."It has been nearly two years since Hurricane Harvey devastated numerous cities along the Texas Coastline including the Kingwood and Lake Houston communities. Since August 27, 2017 Council Member Martin has stayed committed to finding solutions and identifying projects for the Lake Houston Area in order to reduce the risk of flooding and improving safety for residents. This is evident in the completion of the dredging along the West Fork of the San Jacinto River, where nearly 2 million cubic yards of debris were removed earlier this year to re-establish flow and reduce blockages in the river caused by Hurricane Harvey. Additionally, Council Member Martin fought for the complete removal of the mouth-bar which is located at the confluence of the San Jacinto River and Lake Houston south of Deerwood Country Club. The mouth-bar is currently in the process of being dredged and to date 250,000 cubic yards of sediment has been removed from this area. The current mouth-bar dredging project will remove nearly 500,000 cubic yards of debris associated with Hurricane Harvey. Council Member Martin along with help from Congressman Crenshaw continues to fight for the removal of even more material from the mouth-bar. These dredging efforts were just one part of Council Member Martin's bigger picture for the Lake Houston Area to combat flooding, along with the installation of flood gates on the Lake Houston Spillway Dam. Council Member Martin has been working diligently over the last two years, with Congressman Crenshaw, Texas Governor Greg Abbott, Texas Division of Emergency Management Chief Nim Kidd, State Senator Brandon Creighton, State Representative Dan Huberty, City of Houston Mayor Sylvester Turner, and City of Houston Chief Resiliency Officer Stephen Costello, to obtain flood control infrastructure for the City of Houston on the Lake Houston Spillway Dam. 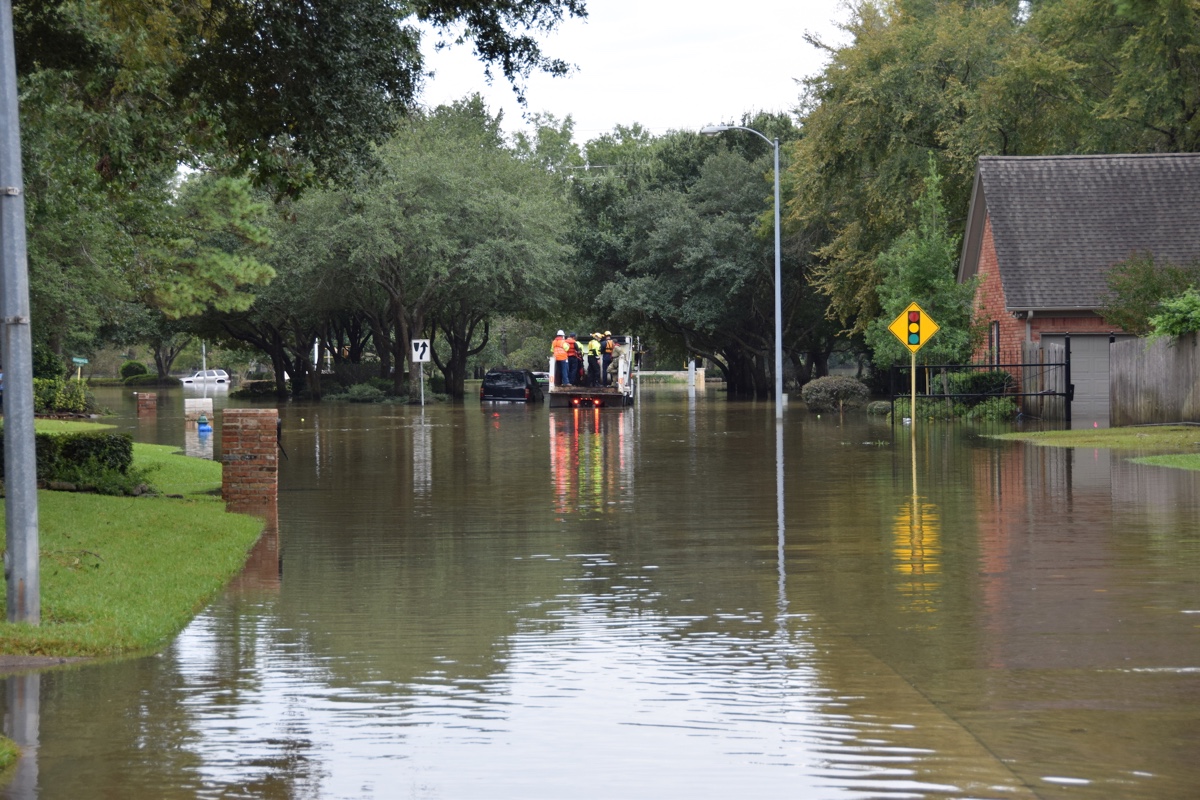 After hearing the news regarding the FEMA Award Council Member Martin had these words to say:
"The Lake Houston Dam gates were always my number one priority as these additional gates give us the ability to proactively release water from Lake Houston in an expeditious fashion if needed during an emergency. Words cannot do justice to say how pleased I am knowing our gates will be built. It's been 22 months of hard work and persistence. I am forever grateful to Congressman Dan Crenshaw, Governor Greg Abbott, Chief Nim Kidd, Senator Creighton, Representative Huberty, Mayor Sylvester Turner, Stephen Costello, former Chief Recovery Officer Marvin Odum, and Congressman Dan Crenshaw's Field Representative Kaaren Cambio. Without these great leaders this project would've never come to fruition. We are truly blessed."Funding for the City of Houston Lake Houston Dam Spillway Improvement Project is awarded directly to the State of Texas in full. Phase I funding will be released to the City of Houston from the State of Texas. Once those funds are released to the City of Houston the City will begin the process of permitting, engineering, design, and environmental assessment to increase the outflow capacity of the Lake Houston Spillway Dam. Once Phase I of the project is complete the City of Houston will renew the cost benefit analysis and submit to FEMA for their review. Upon their review of the completed cost benefit analysis after Phase I completion, the additional funds provided to the state of Texas for this project will be released to the City for completion of Phase II construction. Once the funding is received by the City of Houston the two phases are expected to be completed within thirty-six months, with the possibility of extension if needed. This is exciting news for the City of Houston, residents of Lake Houston and Kingwood. Along with the award of the City of Houston Lake Houston Dam Spillway Improvement Project, Hazard Mitigation Grant FEMA has also announced three other grants impacting District E. Lonestar College's Kingwood Campus has been awarded two public assistance grants for Emergency Protective Measures in the amounts of $6,276,131.22 and $2,502,914.79. Clear Creek Independent School District was also awarded a public assistance grant for Emergency Protective Measures in the amount of $1,303,060.49. The funding for these three grants is authorized under Section 403 of the Robert T. Stafford Act. www.facebook.com/cou ncilmemberdavemartin /
Reply
What are your thoughts? Log in or sign up to comment Log in » Sign up »
This discussion has been locked.
« Back to Main Page
Views: 955